Your chairman, Gareth Calan Davies, will be running a WEA course in Hereford on the Development of Standard Gauge Railways in South Wales & the Borders. As a transport geographer Gareth has a keen interest in the development of railways as part of the economic and social structure of the region. He is well known to the WEA as a tutor and over the years has led a number of courses on this aspect which have included Railways in Town City and Country, Bus Service Development, the River Severn as a Commercial Waterway, Narrow Gauge Railways, Early Industries in the Borders and Railways in Art amongst others. 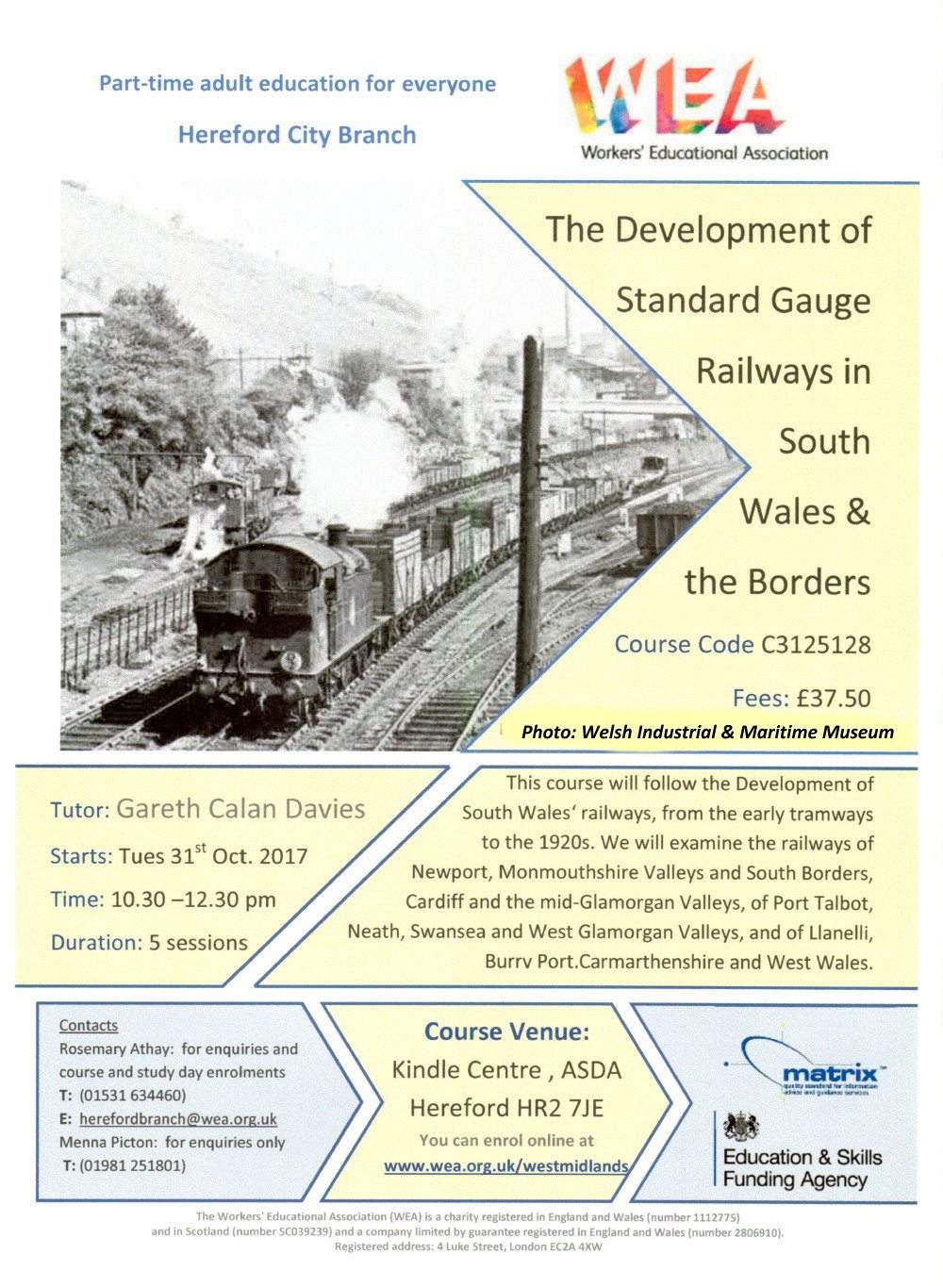