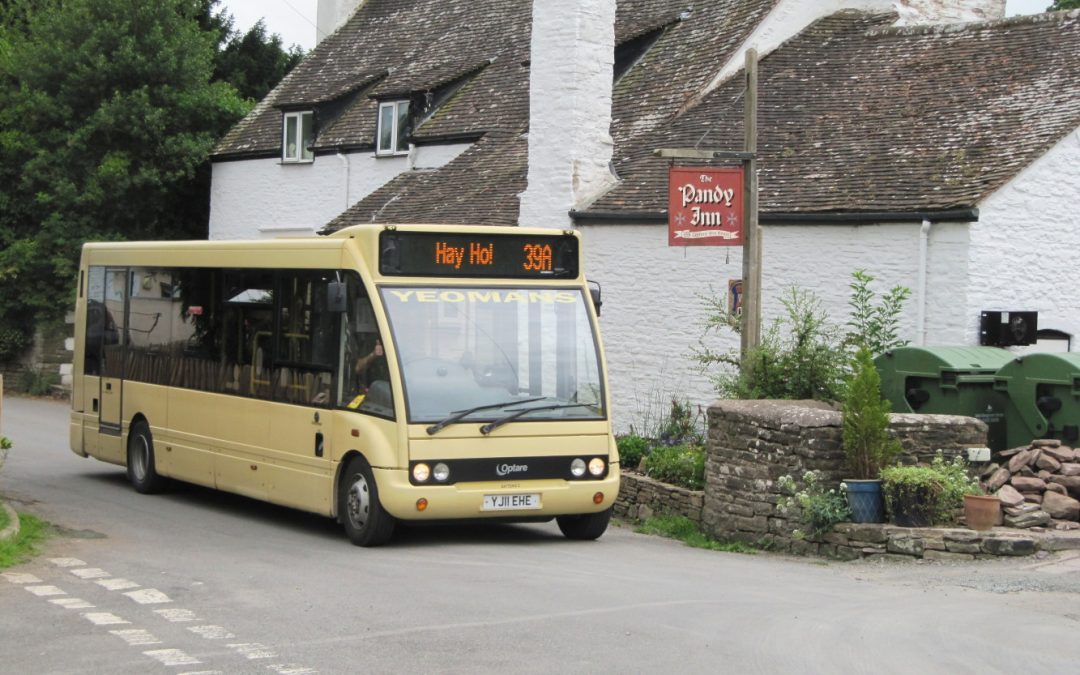 Herefordshire Green Network are providing an opportunity for all us who are concerned about the decline of local bus services and find out more and hear about the opportunities to develop a more sustainable long term transport solution for Hereford.

Local experts Anna Heywood of the Hay Ho! Bus group and Les Lumsdon of Rail & Bus for Herefordshire will be at our evening open meeting. Both have played essential roles in the success story of the Hay Ho bus.

To find out more join the Herefordshire Green Network’s evening meeting on Wednesday 20 September, 7.30 to 9pm at De Koffie Pot, Left Bank, Hereford near the old bridge. At the same venue between 3 and 7pm the sunset Market will be in the courtyard where fresh local produce can be bought. 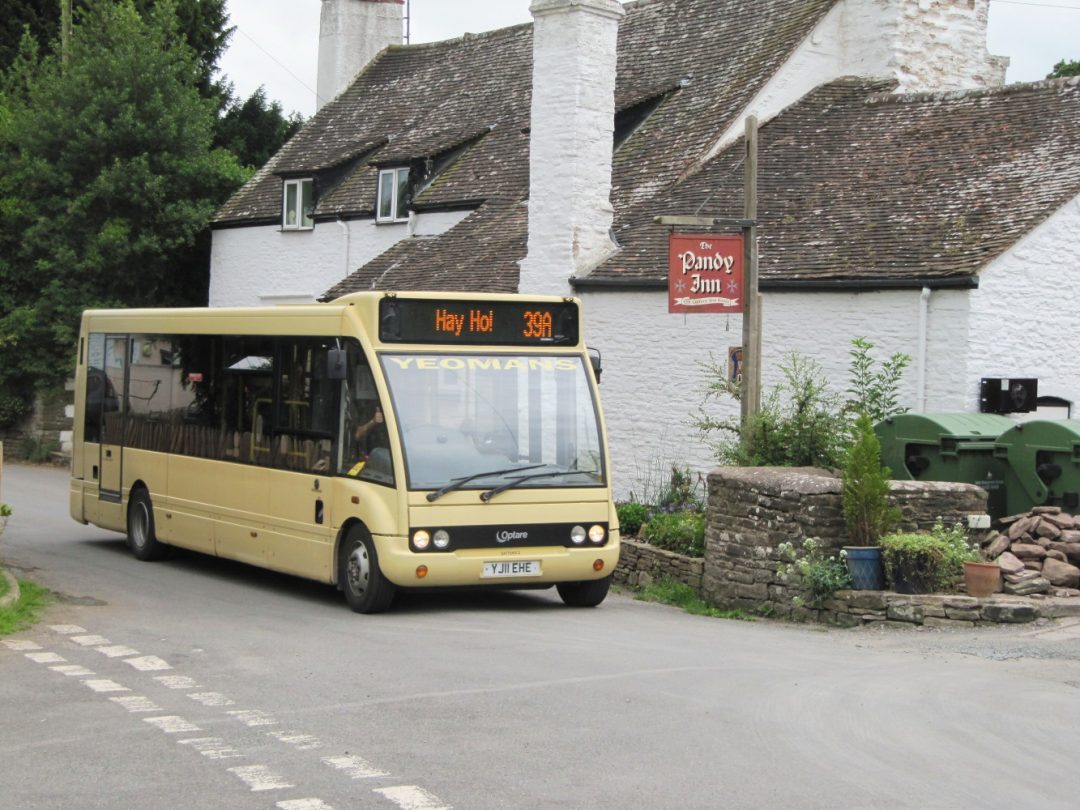 The Hay Ho! Bus, the 39A, which runs between Hereford and Hay-on-Wye on Sundays and Bank Holiday Mondays have just completed three years of service; 56 days per year and not one day missed.

‘To some people, this might seem like your everyday bus but it is not. It has been designed and developed by passengers. The bus follows a scenic route through the golden Valley with exceptional vies over to the Black Mountains through to Hay. The roads are a little bumpy in places but the regular drivers, Roly and Lazlo, do their best to make it a comfortable ride and safe journey and with a brand new bus

Bus usage holds up on the 39A but it is not as strong as it was in Year One so that is where we come in. Why not take a ride out this autumn to one of the villages, for example, Madley, Peterchurch or Dorstone (all of which have pubs which offer a Sunday lunch) or through to Hay-on-Wye.

The times are ideal for an outing to Hay and you’ll find shops, cafes and pubs are open all day. There are several major events too including the Hay Literary Festival Weekend and Hay Does Vintage on Sunday, November 26, so put it in your diary!

The service is operated by Yeomans and departs from Hereford Railway Station at 10.15, 13.15 and 16.15. Buses return from Hay-on-Wye (Oxford Road) at 11.25, 14.55 and 17.25. Concessionary/disabled bus passes are valid. Why not catch the 10.15 out and return on the 14.55; you’ll have three and a half hours in Hay to wander round, root through the artisan, clothing and second-hand book shops and have a bite for lunch. For those with children or grandchildren why not ride out to the Lego Club based at the Globe Theatre in Hay on Sunday mornings.