By 1862 there was a great deal of acrimonious boardroom wrangling over running powers over the Shrewsbury & Hereford railway. This was eventually settled in 1863 when the Great Western and London & North Western became joint owners. The line was administered and operated by a joint committee which accounts for the individual character of the line, particularly in its civil engineering and signalling.

The Marches Line thus became disputed territory from its very beginnings. Today it is equally disputed between the governments at Westminster and Cardiff as to its status in the next Wales & Borders franchise. But then the Marches have been disputed between English and Welsh since before the railways were ever thought of or invented. 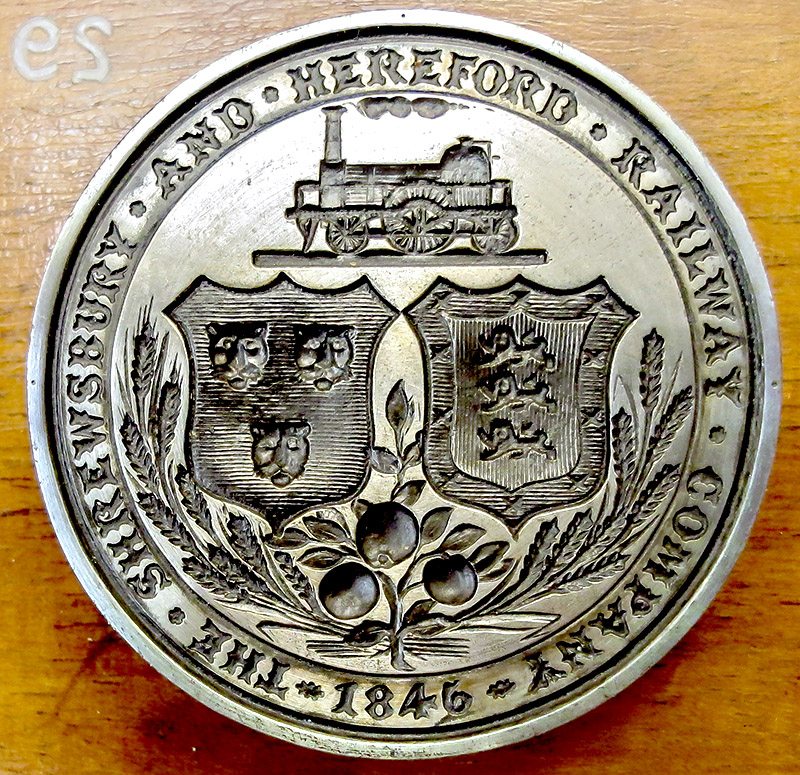 Original seal of the Shrewsbury & Hereford Railway Company of 1846

A concise book on the ‘Disputed Territory: Railways in Hereford’ is available from GHAL Productions of Ledbury: contact [email protected] telephone 01531 633594